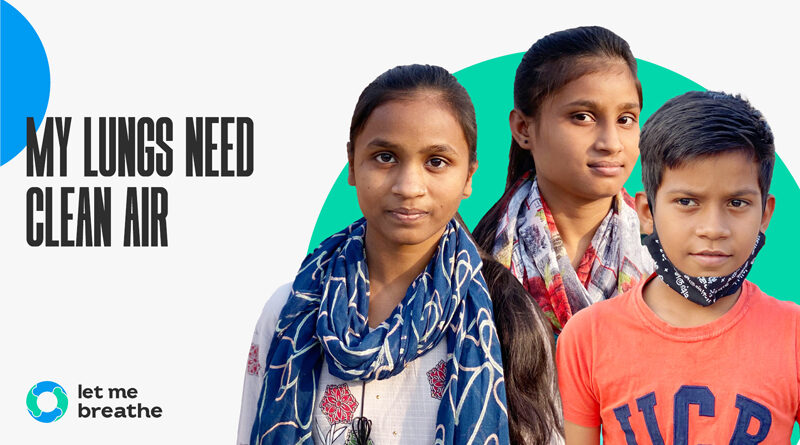 New Delhi : Children and young champions joined conversations at COP26 by creating a video highlighting the ground realities of air pollution across India. The video showcases the impact of air pollution on health and wellbeing.

Given the ongoing pandemic and increasing impact of climate change, the COP26 UN Climate Change Conference was critical as world leaders deliberated on climate action to forge consensus on climate change mitigation strategies. At the conference, India promised to achieve carbon neutrality by 2070. While the promise is to work towards the long-term goal, India needs to address the immediate crisis of air pollution. Major cities across the country are grappling with poor air quality.

The video features children from various parts of the country explaining the impact of air pollution on health. The children say the problem has roots in increasing road traffic, garbage burning, and quarrying. The children advocate a ban on burning garbage, a reduction in cars on roads, planting more trees and making companies accountable so they limit emissions.

Sudhanshu Tiwari says, “The young and the old suffer equally from air pollution. Fever, cough occur more frequently.” Naitik adds, “The air is so polluted that it causes burning in the eyes and irritation in the throat. People experience shortness of breath and breathlessness.”

The young climate champions have received support from Boxer and Olympic medalist Lovlina Borgohain. In the Let Me Breathe video, she is seen asking everyone to raise their voice against air pollution as Hawa ke Rakshaks and to keep the commitment to 1.5°C climate goal alive. The Hawa Ke Rakshak initiative has received support from Neelam Makhijani, Country Director, ChildFund India, Dr Manoj Goel, Director, Pulmonology, Fortis Healthcare and Saurabh, Fotokatha, Wildlife Photographer among others.

As the world stares at rapid climate change, we must take steps to address air pollution. Curtailing air pollution can save 13 lives every minute in India, according to data from The World Health Organization. People Powered Digital Narratives has been supporting young climate champions to highlight air pollution and support the call for clean air.